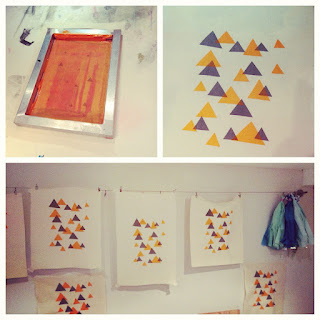 It has been a long long time since I last made a post hasn't it? And a lot has happened since October 2011 I can tell you! The reason I haven't been posting is partly because I had lost my momentum with my work, it had got very busy in my day job because i'm a lecturer and it was the first term of the year which meant I didn't have a lot of time or energy to make anything I was happy with.

Also, at the end of November, Chris and I made the decision to buy our own home and I can tell you that process is all encompassing! So making stuff went on the back burner because it all had to be packed away until we moved at the end of January. Since then i've been given more responsibilites at work and my inspiration brain cells have not been firing.

Luckily the next I Make Fun Stuff market started looming on the horizon and I neeeeeeeded to make some more work! That seems to be the massive kick up the bum that I needed because i've been well away screen printing and enjoying myself again. 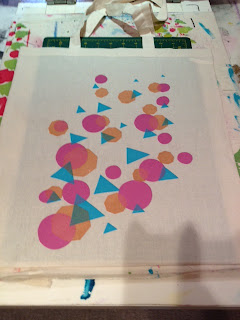 So watch this space for all the new things i've been doing!