This past week I have been in New York. We take a group of students every year to experience the city and I was lucky enough to go this year. It was only a few days and was a tiring trip but I would go back in a heartbeat. I do wish someone had invented teleportation though! I don't like long haul flights, so uncomfortable!

I had a great time, shopping, visiting sights and eating! I went with my fabulous work friends, Kelly, Kate and Eli. Here are some pics from my trip... 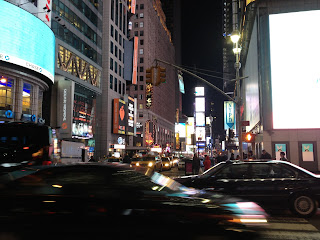 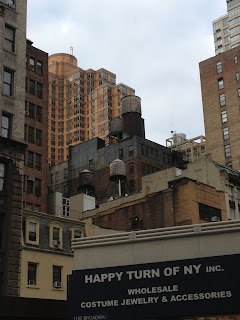 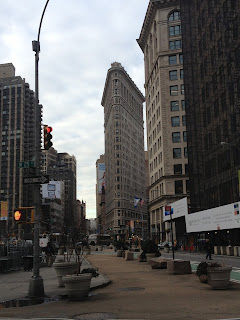 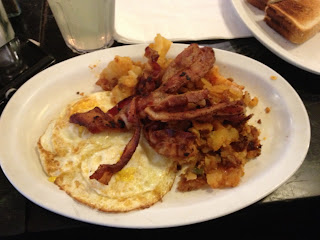 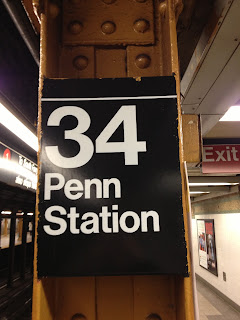 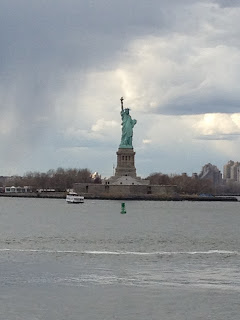 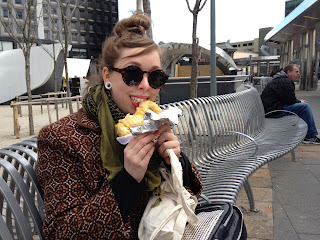 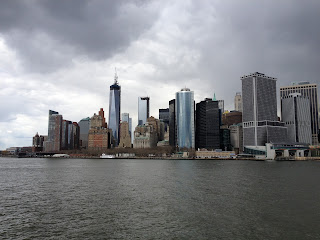 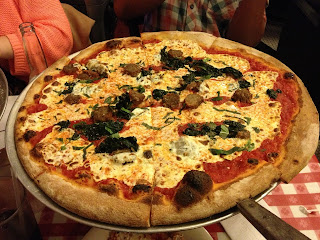 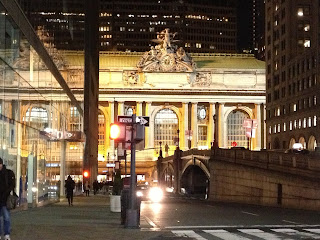 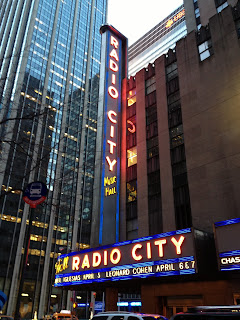 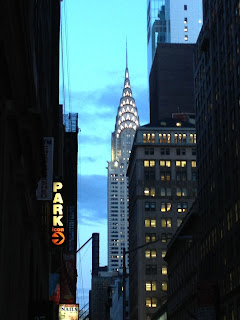 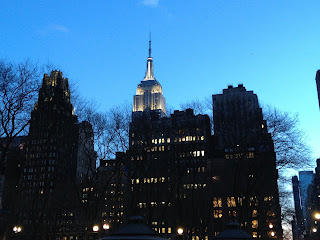 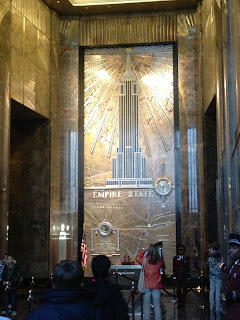 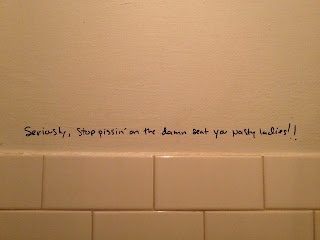 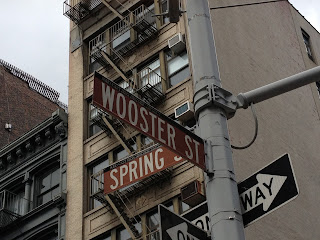 We crammed as much as we could into two and a half days, arriving at 10:30 (NY Time) on Monday night and leaving at 10:15 Thursday night. We had time to walk up to Times Square after we arrived at our hotel, perfectly situated on 7th & 34th. The next day we were go go go and I "crashed" several times needing some tea to refuel me. Which btw is not like home, at all!!! They do love their coffee, but sadly I don't drink it.

On Tuesday we went for breakfast at Eisenberg's a fantastic cafe sort of place next to the beautiful Flat Iron building. We then went to Macy's and Sephora and caught the subway down to the Staten Island Ferry. We caught the number 1 train on the red line and got off at Retford Street. We had to walk down to the ferry terminal because the last two stops were flooded by Hurricane Sandy. We caught the Staten Island ferry to see the Statue of Liberty because it's free and you get a good view of the Lady herself without having to pay to go to Ellis Island. You also get some amazing views of Manhattan Island. Sephora was absolutely awesome, I wish i'd bought more things you can't buy here as it was so cool. Like Space NK but bigger and full of cosmetics you've never heard of over here unless you're a little obsessed like me.

After that we walked and walked, through the financial district, past Ground Zero, stopped in Century 21 (which actually disappointed me a little. The TK Maxx style of it kinda devalued the designer names for me, took away the special feeling of the names) We then walked up to Canal Street, through China Town and Little Italy and ended up at a famous pizza place called Lombardi's. The pizzas were huge and we had to wait a little as it was so busy, you could understand why after tasting the pizzas! After dinner we caught a cab up to Grand Central Station and walked back to our hotel down Park Avenue and past the Empire State Building. What a day! I slept like a log that night.

The next day unfortunately I was suffering a bit from Traveller's tummy so only had toast for breakfast at Eisenberg's then headed back to the hotel for a rest. I managed to summon the energy to walk down to 10th and 21st to investigate Printed Matter. A shop that sells only zines and books made by artists. It was quite overwhelming and would have been hours of fun flicking through the books had I not had a rather grumbly belly! After that I caught a cab up to 5th and 59th to meet Kelly and Eli so we could go to Bloomingdale's. Oh my it was beautiful! What a fancy place full of exciting concessions and Bloomie's souvenirs. We really enjoyed ourselves in there. We went back to the hotel for a rest after that and then I dragged myself out of bed to walk up to the Rockefeller centre. Wow did I feel ill at this point! Stopping at every crossing I was praying for it to hurry up and change as standing still made me feel worse. But we made it and it was worth the effort too. A stunning area filled with flags of the countries of the world, fairy light decorated trees and the ice rink of course! We did a little shopping, took some snaps and generally enjoyed the beauty of the area. I started to feel better by the time we walked back and so we popped back in to Macy's for some souvenir shopping then ate pasta at a corner cafe near our hotel where a lady who needed someone to talk to spoke to us abou God. I popped into some newsagents to pick up some magazines for Chris which you can't get in the UK and the most stinky sweets for my Uncle. Wint-O-Green flavour Lifesavers. Seriously they smell like Germolene of TCP it's hideous! I had to wash all the clothes in my suitcase when I got back.

On the last day Kelly and I took it easy. We started with tea and breakfast at Starbucks and then a wander round the Empire State building. Some shopping in Walgreens and CVS for more cosmetics and then a trip down 5th avenue towards the Flat Iron building to go to American Apparel. I bought a lovely skirt and a beautiful striped dress with buttons down the back. We then had to go back to the hotel to check out and store our suitcases before one last shopping trip and lunch at Fanelli cafe on Prince and Mercer Street. Fanelli's was awesome. Think classic American bar, people sitting and eating at the bar and joking with the bartender. An old old building with a dial phone and mosaic floor. Kelly and I had to wait for Eli and Kate so were in the way a bit but chatted to other people waiting and the bartender Bob, who we now know is a bit infamous (I found an article about him in The New Yorker!) he joked about our English accents and bought us some drinks. We then had classic burgers and fries. A perfect end to our trip!

If i could go back tomorrow I would. It was more than I expected it to be, full of interesting people, different nationalities and so many interesting places to see and do. I loved seeing all the iron fire escapes on the apartment buildings, the yellow cabs, the water towers, the giant billboards, the famous streets such as 5th avenue, Madison avenue, Park avenue and areas such as Soho, Chelsea and Tribeca. If you get a chance, definitely go!
Posted by Jess at 18:55